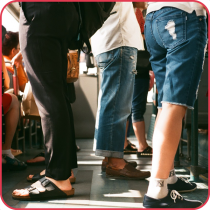 Members of the European Parliament have approved a report in REGI committee to strengthen the future cohesion policy and support regional development. This new set of rules should apply to the period 2021-2027 and will cover all regions.

CEMR now calls on the European Commission and the Council to respect this report and to reach an agreement on this before the upcoming European elections in May.

“Today's vote at the European Parliament represents progress for EU’s cities and regions. Given that 65% of the Sustainable development goals (SDGs) cannot be fully achieved without the involvement of cities and regions, we welcome MEPs’ determination to align EU’s main regional policy with SDGs.”

For CEMR, future cohesion policy should foster development strategies for local governments of all types and allow development of both urban and rural areas and action that complements each other. CEMR’s Secretary General Frédéric Vallier expressed his satisfaction that, “MEPs made a great step forward by proposing the mandatory allocation of 5% of the European Regional Development Fund for measures in non-urban areas.”

This territorial approach was reinforced by the recognition of the Reference Framework for Sustainable Cities (RFSC) in the new European Urban Initiative. The RFSC is an online toolkit, managed by CEMR, that assists and guides cities in the implementation of sustainable urban development policies.

Demographic change must be key in the coming years

According to Eurostat, the number of people over 65 will represent 29,5% of the total population by 2060. “To us, MEPs’ determination to ensure that the funding should also support areas facing natural or demographic handicaps is a victory,” stated Frédéric Vallier.

On EU’s common rules for investment in regions

In a vote that took place on 13 February, the European Parliament agreed on simplified common rules for investing in all EU regions from 2021 to 2027.

For CEMR, cohesion policy should remain the main investment, solidarity and development policy of the EU and its cities and regions. “Contrary to the Commission’s proposal, whose proposal to cut EU funds would represent a severe blow to local government, the Parliament shows its commitment with towns and regions, by proposing to retain the budget at its current level,” added Frédéric Vallier.

Translate
To learn more about our position, you can read our main messages.