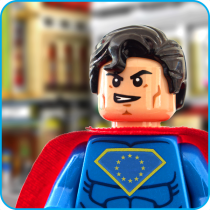 Why Europe needs a local shift

In less than 100 days, Europeans will cast their vote for the next European elections in a completely unprecedented political context. In this opinion article, CEMR Secretary general, Frédéric Vallier, calls on the future MEPs to work hand on hand with towns, cities and regions, to get Europe closer to its citizens.

In exactly three months, Europeans will decide upon which future they want. They will elect their representatives at the European Parliament. During these three months, political parties and candidates will present their programmes and answer the many questions concerning the future of our Union.

This election is taking place in a completely unprecedented political context: the United Kingdom might leave the EU without a deal. Populism is growing. New types of protests such as the gilets jaunes in France are appearing. There is also a rise of violence in demonstrations. On top of this, our elected representatives are experiencing a lot of distrust, and even attacks, which sometimes take the shape of murder. We remember Jo Cox in the UK or Paweł Adamowicz in Poland, for instance.

Europe needs a breath of fresh air. A new ambition to raise its citizens’ enthusiasm once again.

As we see it, at the Council of European Municipalities and Regions, Europe will find this new, optimistic breath of fresh air within its towns, cities and regions. They are the soul and culture of our continent. And that is what we seek to express in our Manifesto for the European elections.

The message Europe’s local and regional leaders wish to convey to MEP candidates is crystal clear. We believe in a strong and united Europe, founded on common values: democracy, human rights, solidarity, gender equality and the rule of law; which make up the unalterable foundation of the European Union.

This approach is based on the principle of mutual engagement, according to which members do not choose what is in their individual interest, but agree on policies that serve the Union as a whole.

We know with certainty that stronger towns and regions would mean a stronger Europe. If only for this: 60% of local and regional policies are under the direct influence of European policy.

The crisis of distrust towards those who govern us must make us question the European project to build a Europe which is closer to citizens’ concerns. Who is in a better spot than local and regional leaders to become the link between European institutions and citizens?

We must remember that Europe should not and cannot be limited to a partnership between nation states. The EU is a union of peoples, above all else. It will only continue to exist if Europeans believe in it, and we must therefore build it with them.

That’s why we suggest that each year on 9 may – Europe day – a citizens’ debate could take place in every town and city. According to a Eurobarometer survey, local and regional elected representatives are viewed as the best placed to explain the impact of European policies on citizens’ lives.

The 60 local dialogues we organised with our associations on the future of the EU’s cohesion policy demonstrate quite well that nothing can replace face-to-face contact with citizens to understand their hopes and needs.

Nevertheless, strengthening links with the grassroots level also requires building solid links between elected representatives. That’s why we suggest a new exchange between European local and regional governments, via an Erasmus programme for towns and regions, for instance.

We call upon present and future European decision-makers to build a true partnership with the territories, and to establish a more participative, open and transparent governance model.

A breath of fresh air for future generations

In order to mobilise young generations, we call for programmes such as Erasmus to be more open: young professionals should be able to take part, as well as those who feel marginalised from the evolutions of our continent and our world.

To boost the development of our towns, cities and regions, and to fight climate change, we call for a new attribution method for public procurement: when possible, local purchases should be preferred.

Given the global dimension of current challenges such as climate change, we want Europe to be open to the world, and to listen to the peoples who see in Europe a beacon of hope for more peace and prosperity in the world. We want the Sustainable Development Goals, which were adopted by all 193 member states of the United Nations, to become the guiding principles of all policies, whether they are local, national or European.

The message of Europe’s mayors, and local and regional leaders is a call for unity. It is a call against isolationism, and against seemingly easy solutions that do not bring the answers that our fellow citizens expect. We invite you to read our proposals, to make them your own, and to build a local and regional Europe with us.

Translate
This opinion article was originally published in Euractiv.