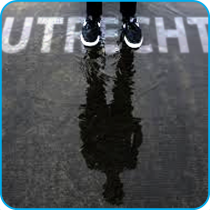 In a letter addressed to Jan Van Zanen, Mayor of Utrecht and VNG President, the President of the Council of European Municipalities and Regions, Stefano Bonaccini, and his Secretary General, Frédéric Vallier, have expressed their deepest condolences to the victims of the terrorist attacks in Utrecht.

"It is with fear and emotion that we learned the terrible news of the attack that shook Utrecht today. We would first like to express our deepest condolences to the families of the victims and people of The Netherlands for the loss of loved ones.

This cowardly and barbaric act is an attack against the values we hold as Europeans. Nothing can justify the use of weapons and violence to oppose freedom of expression and freedom of worship.

Unfortunately, our cities and towns are often the scene of violence which threatens social cohesion and social well-being. We must condemn this violence and act against all forms of radicalism, whatever they are.

CEMR has always defended a free and democratic Europe. Today we are in mourning and wish our Dutch friends courage and strength."