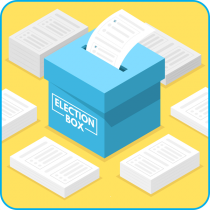 The results of the European elections, one of the biggest democratic events worldwide with over 400 million citizens called to the polls, were awaited with great expectation. Citizens have spoken, and perhaps the results reflect both what was said during the campaign, and what was not.

Unlike the polls predicted, citizens voted in greater numbers than ever, with an average participation of 51%. Still, much remains to be analysed as regards citizens’ abstention; whether the underlying reasons point to a lack of understanding of the role of the Parliament, or a prioritisation of national issues.

Reacting to turnout, CEMR Secretary General, Frédéric Vallier stated: “The results of this ballot show that our fellow citizens have understood its importance. However with only half of them participating in the election, it remains crucial to reach out to all of them. Local and regional elected leaders are in close contact with their citizens every day, and they are willing to take measures to raise awareness on the impact of the EU in our daily lives. This is why we call forthe organisation of dialogues every year around Europe Day in every municipality.”

Rise of Euroscepticism: what could be its impact?

The growing number of votes for Eurosceptic parties, with approximately 15% of seats in the newly elected Parliament, can be seen as a call to better listen to citizens’ concerns.

According to the President of the CEMR and also of the region of Emilia Romagna, Stefano Bonaccini (IT), “With an ever-divided Parliament the rise of anti-European forces could slow down important decisions being taken, including EU budget negotiations, which are long awaited by cities and regions to receive EU structural and investment funds. This would distance Europe even further from its citizens. It could also block crucial decisions regarding the EU’s rule of law or impact the nominations from member states for the European Commission and other posts.”

He added: “We need a working parliament to deliver answers to the questions our citizens expect us to resolve, such as labour, climate concerns, migration and rapidly changing innovation.”

Europe has to meet citizens’ needs on the ground. By their very nature, mayors, local and regional leaders are in a unique position to understand citizens’ concerns and therefore make the link with what EU policies need to deliver. If the EU wants to succeed, it has to ensure that the local and regional level are involved in EU decision making, as expressed by the Parliament in a resolution from 2018.

Equality of women and men: a ray of light in the new EU Parliament

The new Parliament however, is expected to be more gender balanced. Thanks to gender rules in a growing number of countries, more women should become MEPs. In the previous term, only 1/3 of MEPs were women.

CEMR has consistently promoted the need for greater equality between men and women in terms of political representation through its #Power2Her campaign.

According to the latest results, the European Parliament would be composed of 40%* of women MEPs. “If confirmed, these results would reflect a better gender equality within the EU assembly, and thus better mirror the EU’s population. Therefore, we now call on the member states and the future President of the European Commission to follow suit and to push for equal representation of women and men in the EU’s executive arm,” stated CEMR Vice-President and Chairman of the City Board of Hämeenlinna (FI), Sari Rautio.

See the conslusions adopted by CEMR's Policy Committee forllowing the results of the European elections.