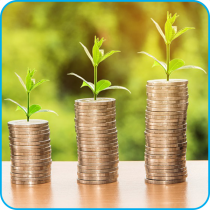 It's the major event of the year in the field of local finance and investment. The “First International Conference of the World Observatory on Subnational Government Finance and Investment” (SNG-WOFI), is taking place in Paris, France  on 17 June 2019.

Established by the OECD and United Cities and Local Governments (UCLG) in 2017, the SNG-WOFI is an observatory dedicated to collecting data on subnational government structures and finances from 130 countries, as well as supporting decision making on both local and international levels. The joint conference addresses some of the major challenges of our time, and will discuss how local and regional governments are key players in tackling them.

Make sure you're involved: register here.

At the event, the 2019 World Observatory Report will be unveiled, as well as a newly developed interactive database. Including several visualisation tools, it enables local and regional players to compare data from subnational governments more easily. Furthermore, the participants will discuss how to overcome the shortcoming of traditional financial schemes and how to increase local investment.

Europe’s towns and regions will have a voice at the debate through CEMR spokesperson on local finances and Cheltenham Borough Councillor, Flo Clucas.