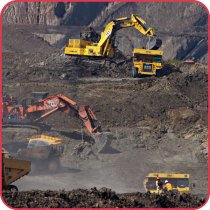 CEMR’s recommendations to ensure a just transition in the territories

The European Union is undertaking a great transformation in its economic model in order to dramatically reduce carbon emissions, in line with the Paris Agreement on climate change. The climate transition will particularly have an impact in territories traditionally reliant on carbon-intensive industries and energy production.

To mitigate this risk, the European Commission has proposed a 7.5-billion-euro Just Transition Fund (JTF) to such territories to shift to low-carbon economic models. As we observed in our analysis of the JTF, the Fund’s design raises a number of concerns which could undermine its effectiveness.

That’s why CEMR is proposing amendments to the Commission’s draft legislation to ensure that the proposed fund both has a genuine environmental added value and supports the development of the territories that need it most. Our suggestions summarised below as follows.

There should furthermore be no compulsory requirement to co-finance the Just Transition Fund with funds from ERDF or ESF+. As many of the JTF’s environmental objectives are included under cohesion policy, a mere rearrangement of such funds would undermine cohesion, with little environmental added value.

Local and regional governments should be fully consulted in the drafting of territorial transition plans, in accordance with the Partnership Principle. The transition plans must be adapted to the specific needs of each territory. We believe the highly-granular NUTS 3 regions are the most appropriate level for territorial planning.

Regions should not be required to provide in advance an exhaustive list of investments and actions to be financed by the JTF. In practice, regions will not be able to provide this information and some flexibility is needed.

The allocation of the JTF should take into account recent or ongoing investments by territories which have already undertaken actions for the climate transition, often at considerable cost.