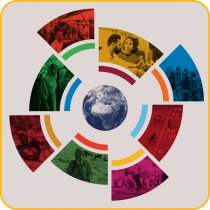 What will the world look like in 2030? Will the future be one of degraded ecosystems and entrenched inequalities? Or will new technologies and engaged citizens enable a shift towards more sustainable and socially just societies?

That’s what’s at stake with the 2030 Agenda for sustainable development and other global initiatives, such as the Paris Agreement on climate action. Now in its fifth edition, UCLG’s Global Report on Local Democracy and Decentralization (GOLD V) provides an up-to-date mapping of how the global agendas are being implemented locally in some 142 countries (representing 86% of the world’s population).

The report lets the reader take stock of the progress that has been made as well as of the continuing gaps between rhetoric and action. The process of localisation is broken down by continent, with a special focus on the impact of decentralisation and multilevel governance.

The report finds that the active involvement of local and regional governments, as well as effective coordination and monitoring mechanisms, are key to ensuring a sense of collective responsibility to deliver the Sustainable Development Goals (SDGs).

CEMR and PLATFORMA contributed the European section of this report. The publication maps the localisation of the global agendas in Europe and analyses the way decentralisation, multilevel governance and other institutional frameworks contribute to or hinder these processes.

While decentralisation is strongly embedded in institutions and policies in many European countries, the report highlights the major challenges in recent years that have impacted local governments’ responsibilities, resources and autonomy.

The research also shows the considerable variability in engagement of local and regional governments in different countries, particularly between northern and western European countries on the one hand, and central and south-eastern countries on the other.

This publication offers a number of best practices implemented by cities and regions across the continent. Local players are often taking the lead to ensure that public services respond to the growing demands of their communities and the increasingly-acknowledged need for sustainability.

The report also shows how the 2030 Agenda has become an opportunity for local governments to influence the policy-making process. With the support of CEMR and their national associations, European municipalities and regions are showing a growing commitment to the global agendas related to sustainable development.