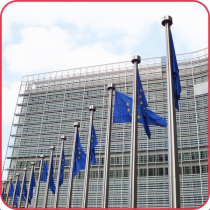 Europe's recovery will fail without a strong cohesion policy and a real partnership among EU, national, regional and local actors

EU-wide coalition warns Member States that the compromise on EU budget and Recovery Plan must preserve investment on regions and cities.
The crisis triggered by the COVID 19 pandemic is undermining Europe's economic, territorial and social cohesion and its capacity to deliver a greener, inclusive and smart transition towards a more sustainable future.  This is why the #CohesionAlliance – an EU-wide coalition gathering more than 12,000 signatories - urges EU Member States to support a strong Multiannual Financial Framework 2021-27 and recovery plans. The MFF and recovery plans must support cohesion as a fundamental value of the European Union and as a key objective for all its policies and investments.

These demands were included in a declaration handed over to EU Cohesion Commissioner Elisa Ferreira and REGI Chair Younous Omarjee during a video conference on 14 July, three days before the European Council meeting in Brussels.

Traduire
Background:
In October 2017, the European Committee of the regions launched the #CohesionAlliance in partnership with the leading associations of regions and cities – Association of European Border Regions (AEBR), the Assembly of European Regions (AER), the Conference of European Regional Legislative Assemblies (CALRE), the Council of European Municipalities and Regions (CEMR), the Conference of Peripheral Maritime Regions of Europe (CPMR) and EUROCITIES  – to raise awareness about the vital role of cohesion policy. Since its launch, the Alliance's declaration has been signed by more than 12 000 individual signatories, 121 regions, 135 cities and counties, 50 associations of regional and local governments, 40 Members of the European Parliament and 35 EU sectoral associations.