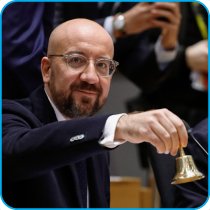 The two-trillion-euro questions for towns and regions

This will be another epic round of negotiations for the EU’s 27 top leaders this week. From 17 to 18 July, they will gather in Brussels for their first in-person summit to discuss the EU’s massive spending plans for the next years. Just how big? Taken together, the proposed budget, existing COVID support programmes and new measures amount to some €2,364 billion.

The size of these funds and the way they are disbursed will play a crucial role in shaping Europe’s economic recovery in the wake of the COVID-19 crisis. Besides scale, it is unclear how much support will be granted to different countries and territories. The role of municipalities, regions and their associations also remains to be determined.

As we show in our recent study on local finances, many municipal and regional governments will face colossal losses of revenue and increases in spending. In the Czech Republic, for example, municipalities are expected to experience a 20% drop in local tax revenue this year. Without support, towns and regions’ ability to provide necessary public services risks being compromised.

The summit negotiations concern both the EU’s regular long-term budget, the so-called Multiannual Financial Framework for 2021-2027 (MFF), and its new COVID recovery and investment fund, known as ‘Next Generation EU’.

European Council President Charles Michel has proposed an MFF of €1,074 billion. While the sum seems enormous, over seven years this would mean regular EU spending of just over 1.1% of GDP. Michel’s proposed budget is somewhat smaller than the European Commission’s original proposal, but does not institute further cuts to agriculture or cohesion.

More innovative is the proposed Next Generation EU programme. As proposed, NextGen would include €250 billion in loans and €500 billion in outright grants to recipient countries, financed by new EU-level loans. This would represent an unprecedentedly rapid expansion of EU spending, potentially providing much-needed support for territories hard-hit by COVID.


The NextGen fund would come with a number of strings attached. Currently, President Michel proposes that 30% of this funding go to climate-related projects. What’s more, he wants to condition the disbursement of funds to respect for the rule of law and EU values. In the context of cohesion policy, CEMR has consistently rejected conditionality, as this makes municipalities and regions hostage to the behaviour of national governments, over which they have no control.

Will local governments be sidelined from planning NextGen spending?

EU countries will also have to develop national recovery and resilience plans for the years 2021-2023. To be validated by Brussels, these plans will have to respect EU recommendations made during the European Semester process, the vast annual cycle of dialogue between national and EU policymakers aimed at coordinating Europe’s economies.

As over 60% of such recommendations have a local or regional impact, it is crucial that associations of municipalities and regions be more involved and better consulted by national governments in the course of the Semester. More generally, towns and regions’ representatives must be involved in the drafting of national recovery plans. Time will tell whether they will be sidelined or included in this process.