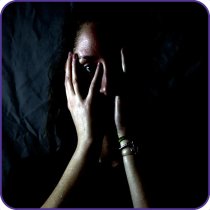 Ten years ago, associations representing diverse sectors – from local governments to retailers – came together to define common principles to fight third-party violence and harassment in their workplaces. Today, these employers and trade unions reaffirm their commitment and are planning new actions to fight against these abuses.

Third-party violence and harassment refer to such abuses which staff may suffer in the workplace which is not at the hands of a co-worker. This covers cases such as a teacher attacked by a pupil or their parents, a nurse sexually harassed by a patient or a municipal employee targeted by cyber-bullying.

The multi-sectoral guidelines against third-party violence adopted ten years ago were ground-breaking  in being a joint commitment of so many different sectors, including local governments as employers, healthcare workers, public service providers, educators, security providers and retailers. Organisations representing central government administrations have also signed on to the guidelines in recent years.

Since the creation of the guidelines, there has been an increased awareness of the prevalence of third-party violence and harassment, as well as the creation of new procedures to fight them. However, there are also reports of increases in such abuses in some sectors.

Today, the signatories said in a joint statement that they will “continue to address third-party violence and all forms of harassment related to work, ensuring that, in the upcoming years, each workplace has a targeted results-oriented policy”.

Several of the signatories, including CEMR, have recently submitted an EU project proposal to conduct research on the extent and nature of third-party violence in Europe and to examine the role of social partners in preventing it. The findings will feed into potential recommendations to improve or better implement the guidelines.

Translate
The multi-sectoral guidelines against third-party violence and harassment prescribe each workplace to have a results-oriented policy against these ills and outline practical steps that employers and workers can take.