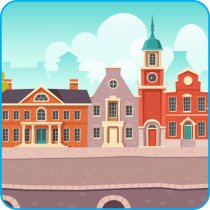 The European Parliamentary Research Service (EPRS) has published a report on how to better “link the levels” of government in Europe – making sure that municipalities, regions, national governments and international organisations are all working together on common challenges. The need for such cooperation has been starkly evident during the COVID-19 crisis, but is also clear in tackling many other issues, such as climate change and migration.

EPRS highlights the crucial role which municipalities, regions and their representative associations play in both consensus-building and policy implementation. Municipalities and regions often enjoy great confidence: “Surveys indicate that citizens trust and feel closer to the most familiar local and regional levels, while at the same time a majority of citizens feel these authorities are insufficiently taken into account when deciding EU policies.”

What’s more, the report emphasises that local and regional governments “are the closest to the citizens and responsible in practice for the implementation of 70% of EU law.” EPRS specifically identifies CEMR as a “key government organisation” with which EU institutions should systematically engage with.

Municipalities and regions’ importance has been particularly evident during the COVID-19 crisis, given their role in implementing numerous critical measures, from modified public services to regional lockdowns. EPRS writes: “Despite the fact that most of the decisions were taken at the national level, the pandemic was very much a regional and local issue... local organisations once again showed they are the final link in the policy chain.”

How can we “link the levels” of government?

EPRS published the report as part of a “linking the levels” project, which seeks to burst the “Brussels bubble” by engaging local and regional governments.

EPRS proposes that the EU institutions map and systematically engage with all levels of government and their representative associations, so as to have harmonious and effective policy responses. The project has identified over 400 regional governments and representative organisations, and over 100,000 local ones in Europe, figures in line with CEMR’s own data on the subject.

How can coordination between levels of government be improved? EPRS is undertaking a three-step process of engaging local and regional policymakers so as to: raise awareness of the EU’s work; listen to other government organisations’ priorities and concerns; and exchange knowledge and expertise. Practically, EPRS proposes maintaining regular contacts through a mix of digital platforms and in-person meetings.

At the political level, EPRS highlights the upcoming Conference on the Future of Europe as “a historic and unprecedented opportunity for an inclusive and open debate” which should “involve all levels of the EU’s multilevel governance structure”. Whatever happens, CEMR will be there to make sure the voice of local Europe is heard.

Translate
European Parliamentary Research Service, Linking the levels of governance in the EU