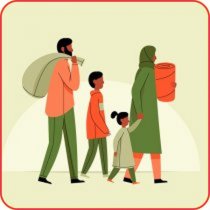 Home is always local: why towns and regions need to be at the heart of next EU plan on migrant integration

We are at a critical junction for Europe’s stance on migration. On the one hand, the European Commission has just published a new Pact on Migration and Asylum, which aims to make the management of migratory flows more stable. This “fresh start” does not however offer much in the way of solutions for better inclusion of migrants and refugees.

On the other hand, the Commission has now just opened the debate on a new Action Plan on migrant integration, spelling out how the European Union will support national, regional and local governments welcome newcomers, including refugees, over the next four years.

CEMR, together with interested national associations and IncluCities project partners, has shared with the Commission the views of municipalities and regions on this crucial issue. In short, the new Action Plan should recognise that regional and local governments have a key role in ensuring successful integration.

Cities and regions have been on the frontline of migration by providing immediate emergency assistance to those in need. From small villages to larger cities, as well as provinces, counties and regions, many have shown their support. Local communities are the places where asylum seekers wait for a decision on their asylum claim and where basic services, such as housing and healthcare, are provided to all newcomers.

That’s why local and regional governments need be at the heart of the EU’s efforts on migrant integration and be provided with support in this area. Municipalities and regions still face many challenges, such as lack of access to finance, inadequate coordination with other levels of government and lack of capacity to integrate newcomers, especially in small and medium-sized cities.

How to upgrade the EU Action Plan

The EU Action Plan should focus on local measures tackling unemployment, lack of educational and training opportunities (such as language courses), and access to housing. The Plan’s scope should also be extended to include the fight discrimination against migrants, xenophobia and racism.

What’s more, lengthy asylum processes and difficulties obtaining legal status should be shorted. As the negative narratives around migration reinforce stereotypes based on misconceptions, there should be a bigger focus on communication and promotion of meaningful interaction between migrants and natives.

Regarding local and regional government, the Action Plan should help them to: Integration policies are much better suited to the needs on the ground when local and regional governments participate in designing them. Municipalities and regions can more easily identify possible obstacles and take necessary action. As such, the EU’s next plan on migration should build upon the lessons learned in the Urban Agenda Partnership on Inclusion, an initiative in which cities, national governments, the European Commission and civil society organisations have worked together to develop ideas and actions to support local integration.

By adopting a collaborative approach with cities and regions and including the input of diverse stakeholders, the EU’s new action plan has the potential to be a gamechanger. By putting local and regional governments at the centre of EU decision-making on integration, we can make sure local needs are met and the new arrivals flourish as engaged and productive members of their adoptive home.