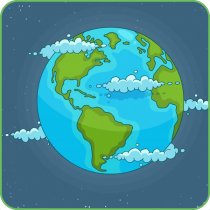 With heightened European ambitions on climate, China planning to fully decarbonise by 2060 and the arrival of a more climate-friendly U.S. administration under president-elect Joe Biden, now is the time to build up momentum against climate change and shift to a sustainable economy.

Five years after the groundbreaking Paris Agreement, mayors and other local leaders can now sign the 2020 Paris Declaration, reaffirming their commitment to massively reduce carbon emissions by 2050. Potential signatories have up to 31 January 2021 to fill in this online form.

The Paris Declaration was launched by Mayor Anne Hidalgo, Mayor Eric Garcetti of Los Angeles, CEMR and other local and regional government networks at the Forum Zéro Carbone hosted by the City of Paris on 11 December 2020. By signining, local leaders put themselves at the centre of the global “Cities Race to Zero” campaign in the runup to COP26 to be held in Glasgow in November this year.

The text is available in both English and French. Signatories notably commit to taking immediate actions, achieving climate neutrality by the 2050 and engaging young people. So come join the movement! Earth needs you!