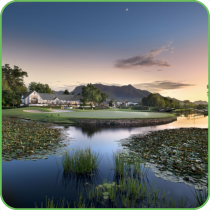 Non-state actors such as cities, local authorities, NGOs and the private sector play a fundamental role in the fight against climate change, not least as drivers of concrete actions on the ground. However, finance can be an issue. In this context, key players convened on 28-29 in Abidjan to discuss how to increase access to climate finance for non-state actors.

In June 2018, Abidjan was hit by major floods, causing loss of lives and infrastructures, which were exacerbated by inadequate response measures. Many other African cities such as Freetown, Accra and Nairobi are equally vulnerable to flooding. Among the 10 most vulnerable countries to extreme weather events are 6 African countries: Guinea Bissau, Sierra Leone, Sudan, Nigeria, DRC and Ethiopia.

Governments of these countries need to take increased actions to respond and adapt to the negative impacts of climate change, and more importantly, we need to work together to reduce greenhouse gas emissions causing climate change and natural disasters

The reduction commitments submitted by national governments to the UN are expected to lead to global greenhouse gas emissions well above the objective to contain warming to 2 degrees Celcius. Although this keeps the world on the path of an increase of 2.9 to 3.1 degrees by 2100, it also provides an opportunity.

According to Christiana Figueres, Global Covenant of Mayors for Climate & Energy Vice Chair and former UNFCCC Executive Secretary: “While the window is still open, we can work together to transform our global economy in such a way that everyone can prosper. The Paris Agreement is one good step on that journey. This rare and historic global agenda succeeded because every country saw that acting on climate change benefitted their national and local interests first and foremost”.

National Determined Contributions (NDCs) provide an enabling environment for action. The non-state actors – local governments, Associations, NGOs and private sector – gathered here in Abidjan are willing to invest in those NDCs by supporting local governments’ actions at the territorial level and advocating to “act collectively” because cities share the same challenges: rapid urbanisation, poor access to basic services, and lack of adequate infrastructure to cope with extreme events such as the recent torrential rains in Abidjan.

Another framework in which local government can also take stock of their role and strengthen NDCs is the Cities and Regions Talanoa Dialogues, a series of in-country climate consultations designed to initiate a collaborative process involving governments at all levels.

The Covenant of Mayors in Sub-Saharan Africa offers an opportunity to African cities. It is the regional chapter of the Global Covenant of Mayors for Climate and Energy, a global initiative supporting cities towards a low carbon economy that is resilient to climate change, and represents 113 cities in the region representing a population of nearly 110 million. This initiative, funded by the European Union, offers financial and technical support to cities by enabling them to draw up climate and energy plans at a local level.

According to Felice Zaccheo Head of Unit in DG DEVCO, “The EU Commission will continue supporting the Covenant of Mayors through a third phase design to build the capacity of cities to access finance”

According to Christiana Figueres: “Financing for green urban infrastructure must continue to accelerate as we work toward healthy, sustainable and prosperous communities. We are on the way. We can turn the tide on emissions. City lights will lead the way on that path, on behalf of all their citizens – because delivering a better future for cities means delivering a better future for all of us who share the earth’s precious atmosphere.”