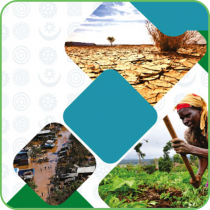 We, representatives of the African local and regional governments and non-state actors gathered in ACCRA at the 2nd African Climate Chance Summit, organized from 16 to 18 October 2019 under the Distinguished Patronage of His Excellency NANA ADDO DANKWA AKUFO-ADDO, President of the Republic of Ghana,

and in the presence of His Excellency John KUFOUR, former President of the Republic of Ghana, Acknowledging that the Climate Chance Summit in Accra is the first major African climate event that took place after the UN Secretary General Climate Summit in September 2019 in New York that alerted on the climate emergency;

Taking into account recent scientific reports (IPBES 7 – IPCC special report on climate change and Landuse – IPCC 1.5 report) that warned that life is from now on at risk on our Planet, in which environment, biodiversity and ecosystems are, more than ever, endangered by our collective incapacity to act and transform our model of development in order to protect and restore nature;

Considering that in this global context, as a region of the world already home to nearly half of the earth’s human population below the age of 18, and that will become the most populated region of the world before the end of the 21st century. Being also the continent least embedded in the fossil energy dependent economy, Africa has the responsibility to pave the way to the transition towards low carbon economy;

Highlighting the fact that Africa is the region of the world with the lowest access to energy and the least equipped to face extreme climate events brought about by climate change;

Conscious of the fact that the fight against climate change will be won or lost in cities and other sub national governments, and that this battle will certainly not be won if climate action does not become everybody’s business at all levels of government as quickly as possible;

Given the efforts that Ghana has put to champion the sustainable development goals and the climate agenda in Africa and the world over, which lead to the appointment of the President of the Republic of Ghana as Co-Chair of SDGs Advocates;