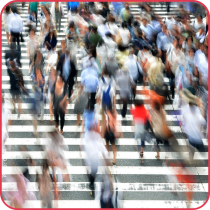 On the eve of the European Council meeting, the #Cohesion Alliance – an EU-wide alliance of 12,000 signatories advocating for a stronger cohesion policy after 2020 – calls upon member states to work in partnership with local and regional governments in the design, implementation and governance of national recovery and resilience plans.

The Cohesion Alliance also urges national parliaments to ratify the decision on own resources as soon as possible, allowing the European Commission to borrow up to EUR 750 billion on the capital markets to address the negative effects of the COVID-19 crisis. Moreover, the Alliance warns EU leaders against the risk of a competition for vaccines, as this would increase inequalities between European regions, cities and villages.

Local and regional governments have been on the frontline of the health crisis from the outset, and will play a key role in delivering a fair, sustainable and resilient recovery across Europe. However, as member states prepare their national recovery plans, it has become clear that in many countries our regions, cities and municipalities, as well as our socio-economic partners, are not being meaningfully involved in the planning process.

Europe’s recovery will only be as resilient as the recovery in all its regions, villages, towns and cities. Their needs are diverse, and an effective recovery is only possible if we acknowledge and address the numerous challenges and divides faced by all of Europe's territories, from the rural and most isolated areas to the most urbanized, from islands to mountainous regions, sparsely populated and border regions. Investments need to match territorial needs. Without a real say for local and regional governments in the design, implementation and governance of the national recovery and resilience plans, there is a serious risk that many regions will be left behind. Local and regional governments are responsible for a third of public expenditure and half of public investment in the EU. The recovery will simply not happen without them on board.

European solidarity means proving with action that cohesion is a fundamental value for the EU. We therefore call upon all member states to work in partnership with local and regional governments, socio-economic partners and civil society in the design, implementation and governance of national recovery plans which are to be submitted to the European Commission by the end of April. We underline the need to fully respect the principles of partnership and multilevel governance, and for a place-based approach in this process.

The Cohesion Alliance welcomed the creation of the EUR 750 billion recovery instrument Next Generation EU, also known as the Recovery Plan for Europe, as an historic moment for the European Union. Now it is time to translate the most powerful investment plan ever deployed by the EU into action. However, too many member states have yet to ratify the decision on own resources, the piece of legislation that would enable the European Commission to borrow up to EUR 750 billion on the capital market to address the consequences of the COVID-19 crisis. Its swift ratification by all EU countries is key to boost the recovery in Europe with fresh money. National parliaments must therefore ratify the decision as soon as possible.

Finally, European solidarity means working together to deliver a truly European vaccination campaign. A fragmented campaign benefits no one and would jeopardize the recovery by widening inequalities between Europe’s regions. This is why, ahead of the European Summit, the Cohesion Alliance warns EU leaders against the risk of a competition for vaccines on the ground. We call for close coordination between the EU, regional and national governments to make sure that the needs and expectations of all our citizens are met.

We must put all our efforts into avoiding a ''vaccine divide" that would increase inequalities between our regions, cities and villages.