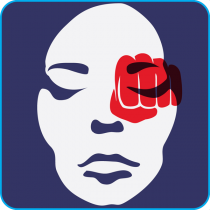 In a recent statement, the CEMR Standing Committee for Equality, a group of local and regional elected politicians from across Europe championing the cause of local equality, raised deep concerns over Turkish withdrawal from the Council of Europe Convention on Preventing and Combating Violence Against Women and Domestic Violence (Istanbul Convention).

Given the current political landscape, increasingly marked by human rights backlashes in numerous countries, and in light of the “shadow pandemic” of domestic violence that has erupted during the COVID-19 pandemic, it is extremely worrying to see the first signatory of the Istanbul Convention turn its back on the girls and women of Turkey.

The Convention is the first and only binding instrument in Europe to combat and prevent all forms of violence against girls and women, including domestic violence, marital rape, child marriage, female genital mutilation and cutting (FGM/C). The decision taken by the Turkish government will not only impact the daily lives of girls and women in Turkey, but will echo loudly across the region and potentially influence other states to pursue similar policies. This is a harsh message from the Turkish government to its citizens and to the world; it is a message that risks undermining the progress made in ending violence against girls and women.

The full statement is available in pdf format (see above).

Translate
CEMR Standing Committee for Equality, Statement on the Turkish Government’s Decision to Withdraw from the Instanbul Convention