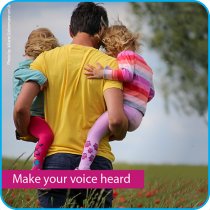 Every year on Europe Day, the ninth of May, we celebrate the great efforts that have been made for peace and unity in our continent. The European Union has grown as a common market, an area of free movement and a community of values. The upheavals of the pandemic and the rise of populism remind us that these precious gains can never be taken for granted.

For 70 years, CEMR has been blazing trails for local Europe, building cooperation and solidarity from the ground up, through direct cooperation between our municipalities, counties and regions. We have always pushed for a Europe based on dialogue, cooperation and civic participation; making sure Europe’s integration is mindful of local needs and realities.

Looking to the future, we will continue to do our part to ensure citizens can make their voice heard, particularly in the Conference on the Future of Europe. This will be crucial for citizens to have genuine ownership of the Conference’s upcoming proposals to reform the EU.

“Local and regional governments are an essential part of the democratic system of our societies. As such, they are legitimate to contribute to the Conference on the future of Europe, along with EU institutions and national parliaments.” said Stefano Bonaccini, President of CEMR and of the Emilia-Romagna Region. “As leaders of municipalities and regions, we are best placed to facilitate the participation of our citizens. Together with the Committee of the Regions and partners such as the European Movement International, CEMR will take its part in the organisation of territorial dialogues.”

Indeed, in a recent Eurobarometer survey, 92% of respondents said citizens should have more of a say on the future of Europe and a plurality of 44% said “taking part in meetings in their local area” was their preferred mode of participation. Now more than ever, Europe needs bottom-up discussions and transnational exchanges.

Local leaders call for a peaceful, sustainable and inclusive Europe

In video messages shared on social media, mayors and regional leaders from across the continent shared their thoughts for the future on the occasion of Europe Day. Local leaders emphasised the importance of concord between nations, sustainability and inclusion.

“Europe is moving forward in the search of a shared future for all European women and men”, said Abel Caballero, Mayor of Vigo and President of the Spanish Federation of Municipalities and Provinces (FEMP). But, as expressed by Rutger De Reu, Vice-Mayor of Deinze (Belgium),  a shared future also means “a future in which local governments have an important role in European policies”.

For his part, Alexandru Bujorean, Mayor of Leova (Moldova), shared his wish for the EU to become a pillar of good will and stability in the world. “On security, the European Union will become a structure for balance between east and west, between the USA, the Russian Federation and China, a guarantor of global peace and unity”, he said.

Addressing the issue of climate change, Carola Gunnarsson, Lord Mayor of Sala (Sweden) said: “Many of the problems we face are global. But we should remember that very often the solutions are found locally”. “I want to see a Europe that is green and sustainable where we work together against climate change”.

One way to go green is to shift to sustainable transport, argued Andreas Wolter, the Mayor of Cologne, in his video message. “In a first step, we want 100 cities to become climate-neutral with new technologies, but above all with changed mobility behaviour”, he said. “So not just technical solutions for the vehicles, but also promoting cycling, walking, public transport and sharing models. The EU must promote this change in mobility behavior through programmes, money and laws.”

List of the video messages released at the occasion of Europe Day (also available in the following Twitter thread):