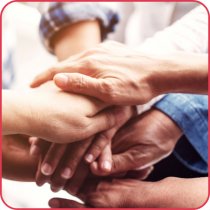 Migration and inclusion: a snapshot of our upcoming activities

Over the past few months, the CEMR Task Force on Migration and Integration has been re-activated with a twofold mission. First, to put cities and regions at the heart of the new EU policies dealing with migration. Second, to raise awareness and share expertise on migrant integration through initiatives such as the EU Inclusion Partnership and IncluCities.

Eight member associations are currently part of the Task Force and more have expressed interest and willingness to join the group after the summer break. This shows our members' with migration and integration topics, especially in regions and cities with significant inflows of newcomers and large immigrant background populations. All member associatiosn can take part in the two pillars' activities on an ad hoc basis.

European policy in these areas is being defined in two key documents. The New Pact on Migration and Asylum issued by the European Commission in September 2020 deals with migration flows, relocation and border screening, while the Action Plan on Integration and Inclusion (2021-2027) outlines future legislative and policy actions to be taken. Negotiations on these dossiers has been prolonged and difficult since the 2015 migration crisis.

Compared to that of 2016, , the current Action Plan covers not only third-country nationals, but also migrants and EU citizens with a migration background. CEMR contributed to the EU's consultation on the Plan and indeed the Commission's final version puts considerable emphasis on local needs, namely: long-term integration of migrants, knowledge exchange and cooperation between cities, increasing local governments' capacities and stronger coordination between levels of government.

CEMR met with the EU vice-president responsible for migration, Margaritis Schinas, in February. The Greek commissioner emphasised the crucial role that local governments play on migration and integration. In the wake of this meeting, the Task Force decided to work on a a new resolution responding to the New Pact on Migration and Asylum, presenting local governments' views and needs on these issues

Sharing knowledge through the Inclusion Partnership of the EU Urban Agenda

On a parallel track, the Task Force will work on awareness raising and sharing knowledge and best practices between local and regional governments on migration issues. This goes to the heart of the practical work of integratingnewcomers in our towns and regions.

CEMR renewed its participation to the Inclusion Partnership of the Urban Agenda – in which cities can collaborate and provide their input to EU policymakers. We are particularly interested in the EU actions on integration of LBGTQ+ migrants, the creation of a database for evidence-based integration policymaking and financial instruments for inclusion aiming to build capacities for cities.

The Task Force will exploit synergies between CEMR's migration on advocacy and knowledge sharing, as well as with the IncluCities project. IncluCities in particular will share examples of good practices and provide input into CEMR's recommendations on migrant integration, which will also generate visibility for project.