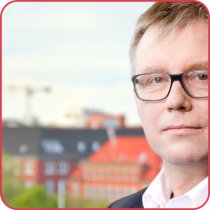 While EU member states enjoy financial support from the Union’s largest ever package of economic support, the so-called the “EU’s Recovery and Resilience Facility”, we spoke to MEP Joachim Schuster about his views on the reform of the “European Semester” formulating economic policy recommendations for all EU Member States.

The European Semester process has been overturned by the Recovery and Resilience Facility (RRF). Why is the debate around the European Semester so important now and what is at stake?
The Commission has allotted a strong role to the European Semester in the Recovery Plan and therefore strengthened its importance for policy coordination at EU level. However, I am convinced that the effectiveness and success of the alignment of Member States’ investment and reform programmes will depend on the reform and simplification of the Semester as well as the increased ownership by the Member States when it comes to the implementation of the Country Specific Recommendations (CSRs).
According to you, how should the future European Semester look like to become the main tool to relaunch growth and to allow strategic investments in the EU?
A reformed European Semester should build on the lessons learned from the Recovery and Resilience Facility (RRF) exercise and improve the existing mechanisms to establish a more transparent and democratic coordination process. This applies in particular to the definition of policy objectives in the European Semester and the CSRs, which needs the full involvement of the European Parliament and the Member States. A reform should also improve the cooperation between Commission and Member States in developing the needed reforms and investments on national level to achieve those policy objectives.
In the report “The European Semester for economic policy coordination: Annual Sustainable Growth Strategy 2021” you called for a more democratic European Semester in line with the principles of subsidiarity and proportionality. How could local and regional governments be better involved in the elaboration of the country specific recommendations? What role could the European Parliament play to ensure a more democratic process?
The involvement of local and regional authorities, as well as social partners and civil society would enhance the ownership of Member States but also foster tailor-made solutions for their reforms and investments. The Member States should therefore put in place arrangements for the participation of local and regional authorities during the whole Semester process. Moreover, the European Parliament should be stronger involved in setting economic policy priorities and economic governance decisions, and ensure social dialogue.
How can the European Semester ensure a clearer and increased role of local and regional governments in the use of the recovery funds, and especially in reaching the SDGs?
The RRF gives a bigger role to local and regional authorities in the preparation and implementation of the national plans. We need to safeguard that the Commission is ensuring their involvement according to the Regulation and establishes adequate mechanisms in the future economic policy coordination. The upcoming reform must transform the Semester into a governance tool that implements the EU´s social and environmental ambitions. It must also ensure that economic and budgetary targets are on equal footing with social and environmental targets.
Now that the Commission has re-launched the discussion around the reform of the EU economic governance system, which role do you think could the European Semester play in the coordination and management of the recovery funds?
To recover from the pandemic and finance the climate-neutral and digital transformation, the Member States will need more fiscal flexibility even beyond the pandemic. I strongly welcome greater flexibility in the economic governance framework. However, it will only be accepted by all Member States and succeed if we come to a stronger binding economic policy coordination in Europe. Here, too, it is worth looking at the incentive-driven ratio behind the RRF, which could be a successful model for a reformed EU Semester: democratically set guidelines at EU level and involvement of the Member States in the elaboration of country-specific reforms.
The European Semester, initially established as a pure instrument for fiscal surveillance has now included other policy areas, such as cohesion, green and social policies. Would you favour a reform of the Semester to ensure that the Green Deal or the results of the Social Scoreboard are duly taken into consideration?
Since the introduction of the EU governance system, we learned that it is not possible to pursue a successful economic policy based on fiscal surveillance alone. Therefore, I strongly support the Commission’s announcement to reform the European Semester and to convert it further into a tool to coordinate economic, social and environmental policies. The economic and fiscal policy should serve the Union objectives and principles such as the Green Deal, the SDGs or the European Pillar of Social Rights while ensuring financial stability in Europe.
As a German MEP, could you provide us more information on the state of play of the cooperation at subnational level in your country? How can a federal state such as Germany truly ensure the application of subsidiarity already in the design phase of national reforms?
In Germany, the principle of subsidiarity and the division of tasks and competences is enshrined in the constitution and is generally respected even in times of crisis. In political practice, this requires close cooperation between the federal government, the federal states and also the municipalities. The federal states and municipalities have a variety of formal and informal opportunities to participate in the process of shaping national reforms at early stage. In many areas, such as for the adoption of the RRF, the approval of the Bundestag and the Bundesrat (representative chamber of the Länder) is required for legislative projects to enter into force.