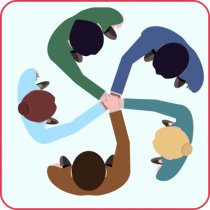 On 28 February-1 March, ministers responsible for Cohesion Policy in all EU member States meet to exchange on the 8th Cohesion Report, which was presented by Commissioner Elisa Ferreira on 9th February. CEMR secretariat and the Chair of the expert group on territorial cohesion participate in the informal ministerial meeting as observers.

For CEMR, the publication of the 8th Cohesion report is launching a reflection on what should the Cohesion Policy look like in the future, in particular in the next programming period 2028-2034. It is an opportunity to share local and regional governments’ aspirations for a stronger Cohesion Policy that effectively reduce territorial disparities in Europe.

Strenghening European social, economic and territorial cohesion and reducing disparities between the levels of development of the various regions are objectives of the European Union enshrined in the Treaties (Art 174, 175 of the TFEU). To achieve these objectives, the main instruments are the European structural and investment funds (Cohesion funds) such as the European Regional Development Fund, the European Social Fund or the European Agricultural Fund for Rural Development. The publication every three year of a Cohesion Report is also a requirement of the treaties to assess the progresses made and achievements of EU Cohesion policy.

In this latest Cohesion report, we understand that EU Cohesion Policy remain effective to support less developed regions catching up and reducing territorial and social disparities. Another key finding is that Cohesion Policy proved helpful responding to the COVID-19 health and economic emergency thanks to more flexibility to redirect Cohesion funds to the most critical sectors. This showed that Cohesion Policy have the potential to adapt and answer emerging challenges. Although the report recall that it should now return to its core mission of reducing regional disparities and promoting long-term regional development.
On the less positive sides, many inequalities still remain and there seem to be a stagnation trend in the growth of most developed regions. The drivers of economic growth still remain concentrated in more developed regions and urban areas; employment disparities remain larger than before 2008; road and rail transport performance are lower in border regions; and demographic change, especially ageing is confirmed throughout Europe. In 2020, 34% of the EU population lived in a shrinking region, this is projected to reach 51% in 2040.

As many of these challenges affect in particular rural areas and border regions, it is likely that, following up the long-term vision for the EU’s rural areas, the future Cohesion Policy should bring specific attention to these territories, building also on small and medium sized cities to become a development center for the broader territory around them.

European semester and reform of the EU economic governance

The future of the Cohesion Policy will be closely linked with the discussions on a possible reform of the EU economic governance framework and of the European Semester. Both have been shaken due to the unprecedented COVID-19 crisis, that compelled the EU and Member States to suspend the rules limited debts and controlling public spendings.
Indeed, the report showed that Cohesion Policy helped maintain public investments in the EU against the contradictory requirements of limiting Member States’ investments and spending that prevailed following the 2008-2009 economic crisis. Today the paradigm has totally shifted, with a general understanding that to achieve recovery and the green and digital transitions, Europe will need massive public and private investments in the coming years. Local and regional governments will have to be on board and will need their investment capacities to be strengthened

From the report we understand that the future cohesion policy may focus in particular on climate change and environmental transition, connectivity and technological transformations, diversification of economic activities, the demographic challenge and democracy and trust in the EU.

On this later dimension, the Commission identifies that territorial instruments that engage local actors and the Partnership Principle can help address pressure on democracy by increasing ownership of European policies. However, this acknowledgement of the need for multi-level governance of EU funds and policies and the recognition that municipalities and regions are the level of government the most trusted throughout European countries comes in contradiction of the recent trend of the EU to recentralize the management of its funds and policies back to Member States.

With the new programming period 2021-2027 we have seen this tendency confirmed: from the National CAP strategic plans, to the national Recovery and Resilience Plans, and upcoming National Climate Social plans; the Commission is giving the Member States increasing leeway to develop their investment strategies with no mandatory requirement to involve local and regional governments or civil society in these decisions. This trend is in total contradiction with the Partnership Principle, and it remains to be seen how the new concept proposed by the European Commissioner for cohesion and reform of “do no harm to cohesion policy” will effectively be applied throughout all the other EU policies that have an impact on territorial development and at the local level.