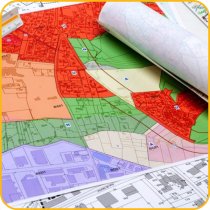 Leaders of European cities and towns are moving to support Ukrainian local and regional  authorities through peer to peer schemes as sub-national leaders look to rebuild the war-torn country.

Mayors of European cities have been some of the most ardent supporters of placing more pressure on Russia as it continues its devastating war in Ukraine.

By Wednesday, 28 April, 300 mayors, among them leaders of 15 European capitals, joined the call for an immediate full embargo on Russian energy exports.

“Not at the end of this year but immediately”, the mayors said in a joint video message.

In the meantime, European towns are helping their Ukrainian partners with donations. Lithuania’s Šiauliai district was one of the European municipalities that sent humanitarian and material aid worth around €100,000 to Dolyna in western Ukraine. However, they do not plan to stop there.

“I think not long from now, the war will be over, and even after, various forms of support will be necessary,” Mayor Antanas Bezaras told EURACTIV.

Bezaras is now planning to exchange visits with Dolyna to map local forms of self-governance and develop a long-term partnership with the city that his administration met in November 2021 through a project meant to increase cooperation and exchange of best practices, knowledge and skills between municipalities in Ukraine and the EU.

The municipalities met in the framework of the “Bridges of Trust” Initiative, implemented by Council of European Municipalities and Regions and PLATFORMA with the support of the U-LEAD with Europe programme.