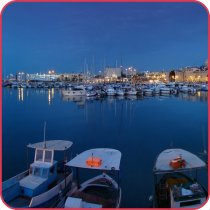 The municipality of Heraklion in Greece elaborated a strategic plan among which one pilar is “Heraklion: Smart City”. This smart city strategy aims at fully achieving the potential of the city’s resources while consolidating domains in which the city has been lacking.

Heraklion’s Smart City Strategy was built using a durable and integrated approach in order to sustainably tackle urban challenges. As such, the city participates to the Covenant of Mayors for Climate and Energy. Heraklion also released its Sustainable Urban Development Plan. Approved by the city council and ratified by the Regional Government of Crete, this Plan is a project worth 14 million euros of European funding to provide for long-term sustainable urban design and development.

According to a study by the European Parliament “Mapping Smart Cities in the EU,” Heraklion performs well in three smart city axes: governance, economy and citizen participation. This contributed to a holistic approach with solutions positively affecting all stakeholders: individual citizens, businesses, communities and the whole city.

“Heraklion: Smart City” made a significant difference in the day-to-day organisation of Heraklion:
To learn more about this and other local best practices, check out the website of URBACT, the European territorial cooperation programme which aims to promote sustainable integrated urban development in cities all over Europe.

Since 2021, the RFSC tool is used by cities and partners of the "Global Goals for Cities" URBACT network, supporting the localisation of the SDGs across 19 European cities.

Translate
Discover the wealth of local good practices on the URBACT website.