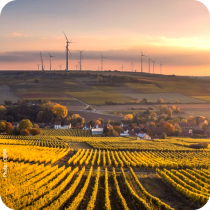 Faster permitting of renewables: ‘Local governments must be fully involved at all stages!’, claims CEMR.

While the Council of the EU adopted a new regulation aiming at boosting the deployment of renewable energies through faster and easier permitting procedures, CEMR calls for the full involvement of municipalities and regions in this process.

CEMR values the adoption of emergency measures to speed up renewables permitting and considers local and regional governments as the driving force for achieving the objectives of the European Green Deal. It however expresses substantive reservations on a number of points.

Reacting to EU Energy Ministers’ agreement, CEMR’s spokesperson on Climate and Energy, Belinda Gottardi highlighted the necessity to give sufficient time for the processes to find solutions that adequately balance legitimate local and national interests.

“There is a need to fully take on board municipalities and regions in all steps of the permitting of renewable energies. In most EU Member States, local governments are the competent authorities for granting permits for many of the renewable energies and grid connections”, she pointed out. “They need to manage spatial conflicts to ensure balanced solutions with sufficient local acceptance.”

“Municipalities and regions have a wealth of valuable experience and expertise that act as a key asset in the energy transition. Bypassing them or giving inadequate time in this process could have counterproductive effects and lower citizens’ acceptance.”, she concluded.

The regulation will now have to be interpreted within the various national contexts, with necessary alterations of the processes to respect the time limits. Clarifications will be needed, notably on how spatial planning and environmental assessments will be affected, and which power plants will be included.

On 19 December, EU Member States agreed on the substance of a Council's Regulation laying down a framework to accelerate the deployment of renewable energy. This regulation is part of a series of Council regulations under Art. 122 of the Treaty of the Functioning of the EU (TFEU). It addresses the “emergency nature to accelerate the permit-granting process”  for the generation of renewable energies in the ongoing energy crisis, provoked by Russia’s war against Ukraine.

The Regulation is of particular interest for CEMR given that in a lot of European countries, local and regional governments are the competent authorities for spatial planning and granting permits for the installation of solar-PV, heat pumps, wind power, other renewable power plants, and grid connections.

Generally, this also applies to the respective grid connections. Solar energy equipment should be receiving a permit no later than three months or be accepted after 1 month of “positive administrative silence” for capacity below 50 kW or 10,8 kW. Moreover, the regulation introduces a maximum of six months for the permit-granting process regarding the repowering of renewable energy power plants and their grid connection, and three months if the increase is less than 15%. Heat pumps below 50 MW benefit from a one-month deadline and from a maximum of three months for ground source heat pumps.