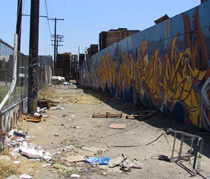 New measures under the Clean Neighbourhoods and Environment Act have been taken in England and Wales to improve the quality of local environment and to tackle particular anti-social behaviour such as vandalism and environmental disorder.
Local authorities may now issue a fixed fine of £80 to people who graffiti, fly-post, distribute leaflets or flyers, drop litter. Burglar alarms ringing for 20 minutes and nuisance by selling or repairing vehicles on the street will be issued £100.
These measures should enable local authorities and cities such as London to tackle the people who blight the local area and to educate them against littering. According to the new survey Keep Britain Tidy analyzing 12 000 places in the United Kingdom, London is the dirtiest city in Britain. The survey also shows that, in the last three years, there has been a rise in the amount of junk food packaging and cans left on its streets.
The Keep Britain Tidy survey