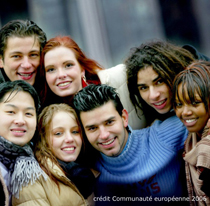 The Council of European Municipalities and Regions (CEMR) calls on the EU institutions to adopt a positive European policy on migration, which will help local and regional governments to act effectively.
This call is one of the key messages from the Sevilla Declaration which was unanimously adopted by local and regional elected representatives from 20 countries, at the CEMR's Policy Committee meeting, on 23 October 2006.
The Declaration* underlines the key responsibility of local and regional governments in that respect, in particular through policies for integration, cohesion and tolerance. The declaration therefore insists on the need for national systems of financing local government to take full account of the costs of managing inward migration, including in cases of urgency.
CEMR President and Mayor of Vienna, Michael Häupl, reiterated the importance of a high level of co-ordination between the different levels of government. Often local and regional governments have to implement decisions on migration and integration and thus need the necessary resources to tackle the issue.
The declaration also underlines that migration is above all an issue affecting individual human beings, whose basic rights and dignity must in all cases be upheld. Spain experienced first hand the trauma of immigration, said the Mayor of Seville, Alfredo Sanchez Monteseirin, who quoted Spanish Prime Minister, José Luis RodrÃ­guez Zapatero: One must do politics with one's head but also with one's heart.
The Declaration was adopted following a debate, including Wim Deetman, CEMR first vice-president and mayor of The Hague, Ilmar Reepalu, mayor of Malmö, and Heliodoro Gallego Cuesta, president of the Spanish Federation of Municipalities and Provinces (FEMP). Oldrich Vlasak (Member of the European Parliament, and President of the Czech Towns association), Louis le Pensec (French Vice-President of CEMR) and Sandra Pratt, from the European Commission's Immigration and Asylum unit, also took part in the debate.
Other issues adopted at the policy committee meeting
The Policy Committee voted to admit two new member associations - the Romanian Municipalities Associations, and the Romanian Towns Association. The city of Malmö (Sweden) won the vote to be the host city for CEMR's next three-yearly General Assembly (following this year's successful Assembly in Innsbruck).
* CEMR's Declaration on the role of European local and regional governments in relation migratio (Sevilla, 23 October 2006)
* Die Erklärung des RGRE über die Rolle der Europäischen lokalen und regionalen Gebietskörperschaften auf dem Gebiet der Migration