Gunn Marit Helgesen (born 1958) was elected President of the Norwegian Association of Local and Regional Authorities (KS) in 2012 and reelcted for a second term in 2016. Ms Helgesen has been a Senior Engineer in Statoil and Norsk Hydro. She was Chair of Telemark County Council from 2003 to 2011, after two periods as Vice-Chair. Today she is group leader of the County Council and serves on the County Committee in Telemark. In addition, she is substitue member of the in Porsgrunn City Council. Since 2012 Ms Helgesen has been delegate to the Congress of the Council of Europe as chair of the Norwegian delegation. At the 31 Session of the Congress in October 2016, Ms Helgesen was elected as President of the Chamber of Regions. Gunn Marit Helgesen is also representing Norway in UCLG World Council and Executive Bureau. 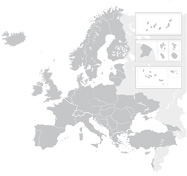