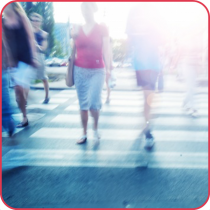 What is at stake for the future of cohesion policy? Far more than just money. The coordinator of CEMR’s group on cohesion policy, from our Scottish association COSLA, Serafin Pazos-Vidal, caught everyone’s attention when he laid out the case for a strong cohesion policy at the European Week of Regions and Cities on 10 October in Brussels.

It’s not just about the money

“Cohesion policy has been significantly cut in some areas, in others not. The problem is with the focus: the narrative has focused too much on how much money we’re getting, and not on what we’re going to do with it,” started Mr Pazos-Vidal. Indeed: beyond its financial aspect – which is by no means unimportant – the value of cohesion policy very much lies in its long-term perspective. Though local governments obviously do care about the amount they receive, we also have serious concerns with the overall policy designs.

Here are a few conceptual aspects of cohesion policy that towns and regions are concerned about, which go beyond discussions on amounts.

The partnership principle is fundamental

Everybody’s interest is best represented when we work together: at local, regional, national and European level. Working in partnership is not always automatic however, and can require cultural shifts. We believe the partnership principle should be effectively implemented in future.

“Don’t chop and slice funds. Bring them together when you can: funds should be complementary,” advised Mr Pazos-Vidal. First of all, simplification is incredibly important in order for local governments to actually be able to use the right funds, but it also forces everyone to work together: it prevents infighting within the Commission’s different departments, or between regions and states. “Coordination takes time, it’s annoying, it’s hard, but it’s better than everyone always going for their own.”

No conditionality without co-decision

If you get a lot of money, there are conditions attached. What we disagree on is that the national ministries agree on policy priorities with the EU, and then the EU agrees on funds with the local level. Conditionalities makes sense if the people affected have had some role on deciding these conditions beforehand.

Funds should be adapted to regional realities

Cohesion policy is increasing its focus on sustainable development and social inclusion. Which is great. But the money countries are receiving should be adapted to regional realities: for instance, it would not make much sense for towns and regions in the Netherlands to have to invest 50% in innovation, given that they are already innovating a lot. A place-based approach is the way to go.

Many areas are losing their population, and hence losing basic services. Especially in newer member states. “So what do we do?” inquired Mr Pazos-Vidal. “Invest in the best funds and best areas? Alternatively, we could use cohesion policy to make up for the consequences of depopulation.”

Take some time to reflect upon this last, important point. Mr Pazos-Vidal told us about “the revenge of ‘places that do not matter’”. At a time when there is a lot of talk about fighting populism, it is worth looking at a map. It is quite telling: “there is a strong correlation between deprived areas and radical votes. The most deprived areas are the ones harbouring the most extreme views.” The future cohesion policy should address this.