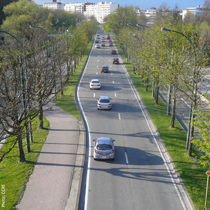 'No need for new EU plans, harmonize existing ones instead!"

The political debate organised by the Council of European Municipalities and Regions (CEMR) on the Green Paper on urban mobility, on 24 January 2008 in Brussels, saw local and regional stakeholders call for more harmonization.

European Parliament's rapporteur Reinhard Rack told participants that though his future report is at a very early stage it already seems to him that we need to clarify what the EU should do on urban mobility and what measures should be applied to achieve these objectives. He considers his main task to define a European concept, provide guidelines to the key actors and to reduce the complexity of the topic by concentrating on five major ideas that he wishes to develop in the coming weeks.

CEMR's debate ostensibly aimed to give elected local and regional leaders the chance to express their views to the Parliament's rapporteur. Cor Lamers, mayor of Houten, Netherlands, told Mr. Rack that in his view most problems need to be solved at local level; however, the EU should develop harmonisation in areas where it would be an added value like labelling environmental zones in cities or stickers for vehicles. Lisbeth Iversen, Councilor for Bergen, Norway, stressed the need for good local governance: Mobility is both a horizontal and vertical issue; decisions need to be taken on a wide range of issues and at many levels which makes it more difficult to achieve the desired goals. Other local spokespersons urged the EU Commission and Parliament to include rural mobility: In many European towns, mobility problems are exacerbated by commuters who flock in from outside. Urban mobility is closely linked to rural mobility.

Local councillor and member of the German association of towns and municipalities, Uwe Zimmermann, asked the Commission why the Green Paper does not take into consideration existing EU legislation: There is quite a lot of existing EU legislation that concerns urban transport: air quality, air pollution, noise pollution, public passenger transport regulation, public procurement directive, ... all issues linked to mobility, not to mention European Court of Justice cases like -Stadt Halle' and -Altmark'. Yet, you do not mention them!

The European Commission took an active part in the debate through Eleni Kopanezou (DG TREN). She told participants that the Commission is still at a stage of listening to all stakeholders. My message is: we do not want to impose anything on anyone; we simply want to facilitate, to open a debate on urban mobility. She also called for better use of existing financial tools rather than create new ones.

The European Parliament rapporteur agreed that there is a need for an integrated approach rather than adding a new document to the hundreds existing ones.