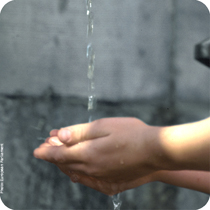 The Council of European Municipalities and Regions (CEMR) deplores that the ministerial Declaration adopted at the 5th World Water Forum, on 22 March 2009, in Istanbul, fails to recognise the responsibilities of local and regional.governments for developing water and sanitation strategies. The declaration also ignores the outcome of the two-day local and regional authorities' meetings on water-related issues.

The Declaration adopted by the ministers at the end of the Forum is vague about the contribution of local and regional government to water access and management, in contradiction with messages and speeches expressed throughout the week. According to Louis Le Pensec, president of the French section of CEMR (AFCCRE) and CEMR representative in the Forum, "this Declaration is a real step back in comparison with the Declaration of the 4th World Water Forum held in Mexico in 2006. Representatives of States around the globe had then formally recognised the important role of local authorities in developing access to water and sanitation services, as well as the necessity of an efficient cooperation".

In particular, the final Declaration does not refer to the Istanbul Water Consensus, which was presented and debated in Istanbul. 45 cities already signed this commitment of local and regional authorities to take leadership in advancing integrated and sustainable water management. Michael Häupl, President of CEMR, appears as one of the first signatories of the Consensus and provides support to the planned actions. His city, Vienna, was presented as one of the 'Champion Cities," which will assist others to improve their water management.

The Istanbul Water Consensus and the Ministerial Declaration were described as 'the two most important outcomes of the 5th World Water Forum" by the Minister for environment and forestry of the hosting country, Veysel Eroðlu.
Background information
More than 25,000 representatives from national governments, municipalities and regions, industry and NGOs met to discuss how to "bridge divides for water". A series of meetings were organised, on 18 and 19 March, to address specific issues that concern local government.
The main purpose of these "Local and Regional Authorities' Days"* was to look at the common challenges for local water and sanitation management such as climate change, urbanisation and management systems. The forum also provided a platform for discussion between national ministers, parliamentarians and representatives of municipalities and regions worldwide.
* The Local and Regional Authorities' Days were co-organised by United Cities and Local Governments (UCLG) and ICLEI-Local Governments for Sustainability, in partnership with the World Water Council.