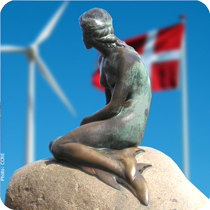 Climate success will depend on the recognition of local government's role

The Council of European Municipalities and Regions (CEMR) calls for the recognition in the Copenhagen agreement of the key role played by local and regional government in the fight against climate change.
We are convinced that the difference between success and failure in Copenhagen could be whether local and regional government are recognised as key actors in the fight against climate change, says CEMR secretary general Jeremy Smith.
Sustainable mobility, energy performance of buildings, public awareness, energy savings, promotion of renewable energy, recycling .... local and regional authorities have a key role to play in the implementation of climate change mitigation policies. However, a legislative framework as well as scientific data, expertise and financial resources should be provided to support and encourage such actions.
A formal recognition in a binding international agreement would represent a significant step forward for local and regional government, as it would strengthen the cooperation with national authorities in the implementation of the climate change agreement. At EU level, this role has already been recognised by the Council of Ministers, the European Parliament, the Committee of Regions and the Economic and Social Committee.
The references, in EU institutions texts, to the role played by local authorities in the fight against climate change are available here.