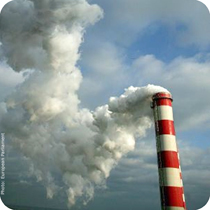 The 2010 European Sustainable Cities and Towns Conference will take place in Dunkerque (France), on 19-21 May 2010.
The Dunkerque 2010 conference will assess and push forward the progress and achievements of.European local governments in the field of sustainable development, using the Aalborg commitments as fundamental instrument. It will also explore how local sustainability can represent an answer to the current economic, social and climate crisis and how it can be further implemented at the European level under the actual financial and political frameworks.
The event is expected to bring together more than 1000 local government leaders, representatives of local government networks, European institutions and international organisations. The event is the sixth of a series of conferences which took place in Aalborg in 1994, Lisbon in 1996, Hanover in 2000, Aalborg in 2004 and Sevilla in 2007.
The Council of European Municipalities and Regions is a partner of the campaign.