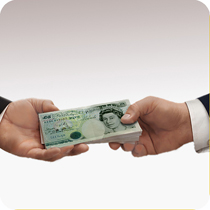 The Council of European Municipalities and Regions (CEMR) and one of its British member associations, the Local Government Association (LGA), were pleased to see a 5% penalty for late payments rejected by Members of European Parliament during a vote on late payments and public procurement on 28 April.
An amendment supporting more equal treatment for the public sector vis-à-vis the private sector was adopted during the vote, CEMR and LGA having previously lobbied for the same provisions to be applied to both public authorities and private enterprises.

The rejected amendment would have allowed suppliers to charge public bodies with a 5% flat rate compensation on the invoice amount, which would have brought on a number of additional charges. 'This is a positive step forward which will lift the threat of unnecessary bureaucracy from descending on the job of getting paid," declared an LGA spokesperson. CEMR and LGA hope that a fairer sanction with a progressive element, which starts low and could increase over time, will replace the rejected measure.

The more equal treatment of the private and public sectors for fines in late payments is essential as 'small and medium sized businesses find late payments to be a problem irrespective of whether they are from the public or private sector," underlined the LGA spokesperson. CEMR's Policy Director, Angelika Poth-Mögele, expressed strong opposition to an unequal treatment of public authorities: 'This is unfair and unjustified given the fact that in the internal market context, public authorities are submitted to competition rules like private enterprises."

The next step is for CEMR, LGA and other such associations to lobby the Council of the EU and their respective national governments so that the Parliament-approved measures are upheld.