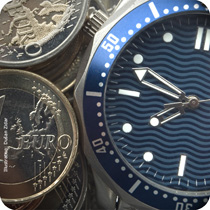 The Council of European Municipalities and Regions (CEMR) welcomes the agreement on late payments struck between the European Parliament and Council of the EU negotiators on Monday 13 September 2010.
As a result of the negotiations and notably thanks to CEMR and its member associations' lobbying efforts, similar payment periods for the private and public sectors have been guaranteed. Indeed, according to the agreement, the standard payment deadline for both companies and public authorities will now correspond to 30 days, with a possibility to extend it up to 60 days in justified cases.
CEMR also welcomes the compromise setting the late payment interest charge at 8%, a concession made by the European Parliament which had initially pushed for a 9% surcharge. CEMR's call to cancel the lump sum compensation due in addition to late payment interest has also been taken into account (see previous CEMR news item).
CEMR had also asked that fixed sum be set as compensation for recovery costs instead of resorting to a confusing and complicated multi-level system proposed by the Commission. This was also settled in last Monday's negotiations as Parliament and Council agreed to a fixed amount of €40.