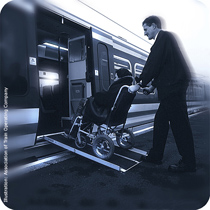 The European Commission Directorate General for Employment, Social Affairs and Equal Opportunities has launched the Access City Award, the first European award for accessible cities.
This initiative aims at.encouraging European cities which play a major role in the implementation of initiatives allowing for people with disabilities to have an equal access to all aspects of urban life.
The award will be granted to cities with over 50,000 inhabitants that have developed the most successful and innovative initiatives in helping persons with disabilities to fully participate in urban society. Four European cities will be selected as finalists for the award ceremony to be held in Brussels, from 2 to 3 December, 2010.
The European Champion for Accessible Cities Award is being organised in parallel to the Access City Award. It has been designed to reward networks of cities and organisations which have had a demonstrable impact on the improvement of accessibility in urban environments.
The idea behind these two competitions is to showcase success stories and set an inspiring example for other cities to follow, as it is recognised that improved accessibility also has important social and economic benefits.
Municipal authorities have to submit their application before 23 September 2010.
To learn more about these innovative projects, please visit the official Access City Award website.