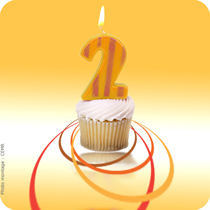 PLATFORMA, the European platform of local and regional authorities for development, is to celebrate the two years since its launching with an event entitled 'PLATFORMA - Two years of European action", to be held on 29 March 2011 in Brussels, Belgium.
The aim of this event will be to discuss the impact of EU development policies as well as decentralisation and territorial approach in the EU's partner countries. Participants will include local and regional elected officials and European Parliament and Commission representatives.
Moreover, PLATFORMA will reiterate its call to render decentralisation and support to local governance a transversal priority of the upcoming EU development policy, as done in its response to the European Commission green paper on the future orientations of the EU development policy.
The European platform will also call on the European Commission to study the impact of budget support on local and regional authorities in the EU's partner countries. This call was initially voiced in PLATFORMA's response to the European Commission green paper on the future of EU Budget Support to third countries.
'PLATFORMA - Two years of European action" is organised by the Council of European Municipalities and Regions (CEMR) in collaboration with PLATFORMA's other members. It will precede the Assises of Decentralised Cooperation, organised by the Committee of the Regions and the European Commission.
Practical information
Date: 29 March 2011.
Venue: Committee of the Regions, Brussels, Belgium.
Registration: Fill out and send registration form before Wednesday 16 March 2011.
Languages: English, French, Italian and Spanish.