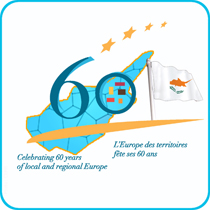 Citizens of Cyprus at head of twinning projects

The Union of Cyprus Municipalities (UCM) has launched a project whereby citizens, rather than local authorities and their administrations, prepare and run town twinning actions, as Cypriot municipalities.tended to underexploit the possibilities offered by twinning links in the past.
This project, based on a methodology used in Flanders, Belgium, was launched in January 2010 and dubbed DECISIVE. It aims at developing Cypriot twinning capacities through active volunteering so as to alleviate the administrative burden often brought on with the setting up of twinning links. DECISIVE also serves to create and strengthen citizens' feeling of ownership over these actions.
Before DECISIVE was launched, UCM had conducted a survey, which underlined the reasons for the under-exploitation of twinning possibilities by Cyprus municipalities. Results showed geographical distance, the lack of information on town twinning and, most importantly, the lack of qualified personnel to fill in the applications and run the projects to be the main reasons. UCM thus submitted a proposal to the European Commission, which agreed to finance the training of volunteers and municipal officers in Cypriot municipalities so as to try and solve these problems.
Thus, volunteers and municipal officers from Cyprus and Belgium were brought together during three different training sessions, and now remain in cooperation in order to implement future twinning projects.
Cypriote local authorities and CEMR
The Council of European Municipalities and Regions (CEMR) has one Cypriot member association, the Union of Cyprus Municipalities (UCM).
UCM, which was founded in 1981, is presided over by Andreas Christou, Mayor of Limassol, and represents all 33 of Cyprus' municipalities, accounting for 65% of the country's population.
The association aims at contributing to the development of the political, administrative and financial autonomy of its member municipalities while monitoring and lobbying the central government and other national institutions for legislation of interest to local government. UCM is also very active when it comes to facilitating citizen participation in the management of local issues as well as in further developing relations between the European Union and Cyprus.
Local government in Cyprus
Cyprus is a unitary state composed of 491 communities, 33 municipalities and 6 districts.
More information on local authorities in Cyprus
Complete list of CEMR Weekly Focus articles