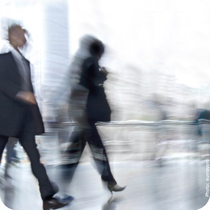 EU training for local and regional leaders : apply before 20 June

The programme will bring together 100 elected officials in a three-step learning process to stretch over a period of six months, from autumn 2012 to spring 2013.

Step 1: the European week of cities and regions in Brussels

The selected candidates will start by coming to Brussels from 8 to 11 October 2012 to participate in the 2012 OPEN DAYS, the European week of cities and regions, including workshops on European cohesion-related issues.  A networking session will also be held allowing attendees to exchange and make contacts.

The Council of European Municipalities and Regions (CEMR) is co-organising in this context one of the main sessions on local development, to be held on 9 October.  This session is to examine how public authorities will apply the principle of local development in their partnership agreements and operational programmes.  It will also aim at helping EU institutions better understand how the local level assesses its value and role in EU territorial development policies and how it intends to make the most out of the newly proposed multi-fund approach.

Step 2: On-site visit of a city or region

Second, a two and a half day visit will be organised in an EU city or region so that the selected elected representatives can build on the knowledge gained by attending the OPEN DAYS and learn more about a number of issues on the ground.  These include community-led development, energy efficiency, territorial regeneration, urban-rural partnerships as well as social and economic inclusion.

Third, a final two-day seminar will be organised in Brussels to bring together the participating local and regional elected representatives so that they may discuss what they have learnt and exchange on the knowledge and experience gained throughout the programme.

The Erasmus for local and regional elected representatives is launched by the European Commission, in collaboration with the Committee of the Regions.