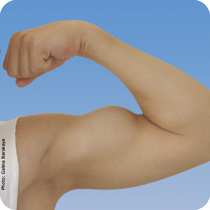 Ahead of the vote within the European Parliament Committee for regional development (REGIO) on 11 July 2012, the Council of European Municipalities and Regions (CEMR) calls on members of REGIO to ensure that the partnership principle in the new EU cohesion directive is truly strengthened.

“Local and regional authorities can no longer be treated simply as economic, social and environmental stakeholders when it comes to the implementation of cohesion funds*,” states Carola Gunnarsson, CEMR spokesperson on cohesion policy and vice-president of the Swedish Association of Local Authorities and Regions (SALAR).  “Indeed, they must be fully involved in the preparation, delivery, monitoring and evaluation of the funds.”

CEMR asks that the artificial separation between all cohesion-related funds be removed in the framework of the Common Strategic Framework in order to reinforce the common rules, thus better enforcing the local dimension in all of Europe’s territories.

The new delivery instruments for territorial development put forward in the Common Provisions Regulation must be properly defined if they are to be fully exploited on the ground by local and regional authorities.  This concerns more specifically Community-led Local Development (CLLD), Integrated Territorial Investments (ITI), Urban Agenda, and Joint Action Plans (JAP).  CEMR has for that matter been working on how territorial development should work in practice with European Parliament rapporteur for optimising the role of territorial development, Derek Vaughan.

CEMR calls on members of the European Parliament REGI Committee to reject measures that would impose conditionality on local and regional authorities when these cannot be held responsible for what falls under national competence.

“It is crucial that the cohesion rules to be voted on this Wednesday be are fit-for-purpose.  Gaps and inconsistencies in this vast piece of legislation need to be removed so that local and regional authorities become more empowered,” declares Serafin Pazos-Vidal, chair of the CEMR focus group on the future of cohesion policy.

CEMR is organising, along with a number of its national member associations of local and regional authorities and four European Commission directorate generals,** one of the main sessions of the 2012 OPEN DAYS on local development as a key pillar of the 2014-2020 EU territorial development policies.  The session will examine how public authorities will apply the principle of local development in their partnership agreements and operational programmes.  However, it will also aim at helping EU institutions to better understand how the local level assesses its value and role in EU territorial development policies and how it intends to make the most out of the new proposed multi-fund approach.

CEMR position on territorial cohesion – “Local and regional public authorities to be treated as partners, not stakeholders”