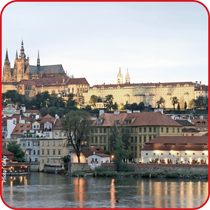 Launched a few weeks ago, the Reference Framework for European Sustainable Cities (RFSC), an online tool to support municipalities in their work on integrated and sustainable urban development, has welcomed its first two official cities among its ranks: Dzierzoniow, in Poland, and Lisbon, in Portugal.

Thus far, the website has attracted many visitors, with 130 accounts having been set up by those interested in using and learning more about the tool.  Member states are currently translating the RFSC tool into their own language in order to broaden membership and use of the tool.  The translated tool should be made available by the end of March 2013.

For updated information on the RFSC toolkit, the Council of European Municipalities and Regions (CEMR) encourages municipalities to sign up to the monthly newsletter and apply to become an RFSC city by following the steps outlined on the website's dedicated page.

What is the Reference Framework for European Sustainable Cities?

The RFSC is an online toolkit for European local authorities which are involved in, or are willing to start, a process of integrated and sustainable urban development. The tool was created at the request of the European ministers for urban development, who recognised the vital role of cities in achieving a smart, sustainable and inclusive Europe.

The RFSC offers practical support in integrating sustainability principles into policies and actions at various urban scales, from the neighbourhood level to the wider metropolitan level. Three tools are available:


CEMR has been involved in the development of the RFSC from the start. It is now also a member of the RFSC Consortium, with Platform 31 and Local Governments for Sustainability (ICLEI), whose role it is to implement the dissemination phase of the project.