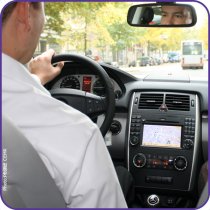 Check out the compilations of good practices

The Council of European Municipalities and Regions (CEMR) is pleased to present a set of guidelines on ways to implement three key aspects of intelligent transport systems in urban areas: travel information, travel management and smart ticketing.

These guidelines, which include a set of good practices shared by European cities, were developed by an expert group set up by the European Commission.  CEMR was represented within this group by Marcel Meeuwissen from the City of Enschede in the Netherlands.

What are intelligent transport systems?

Why is the European Commission involved?

In 2008 and 2009, the Commission published two action plans, which gave the impetus needed to kick-start EU level support in helping promote the implementation of intelligent transport systems in European cities.