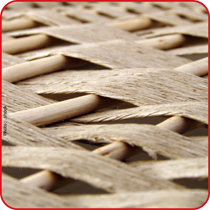 With the help of its members, the Council of European Municipalities and Regions (CEMR) has prepared a study on the degree of involvement of national associations of local and regional government in the preparation and negotiation of partnership agreements.*  We hope to see this document incorporated into the Committee of the Regions’ report on the subject.

The evidence found and presented in the study shows that the situation differs from country to country: in some member states, local and regional authorities and their representative associations are fully involved in the negotiation process.  However, in other countries they are merely consulted, along with a number of other stakeholders.

While the application of the partnership principle has improved in most cases, we regret to have noticed that the degree of involvement of municipalities, regions and their national associations varies substantially from one member state to the other.  This is all the more worrisome when considering that the provisions of the Code of Conduct, which provide a set of rules on how to involve local and regional authorities in these partnerships, are to become binding in the near future.

The study is currently only available English.

* A partnership agreement is established between a member state and the European Commission in order to determine the objectives of the operational programmes according to which the priorities for the spending of structural funds and the relevant initiatives are outlined. With the new partnership principle provisions, member states will have to explain in the agreement how they have involved local and regional partners.