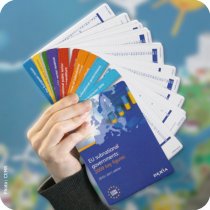 Key Figures on Local and Regional Europe, published by Dexia and the Council of European Municipalities and Regions (CEMR), presents a series of comparative indicators, in the form of information sheets, on the organisation and finances of local and regional authorities in the European Union in 2009.
The various data sheets take stock of the number of subnational governments in each of the 27 EU member states and provide data and various ratios relative to expenditure, investments, tax revenues, budget balances and public sector debts, at both the national and subnational levels. This financial table also includes the structural and cohesion fund allocations per Member State from 2007-2013, a 2011-2012 calendar of local and regional elections in each country, and the number and origin of twinning links between European municipalities.
This is the fifth consecutive year that Dexia and CEMR have jointly published this unique and detailed figure-based portrait, which combines both local and European dimensions.
Noteworthy data in the 2010-2011 edition
This new edition counts approximately 90,930 local and regional governments in the EU, including about 89,700 municipalities. 60% of these municipalities are located in only three countries: France, Italy and Spain. On average, a European municipality has 5,580 inhabitants, but this figure varies from 1,680 inhabitants in the Czech Republic to more than 150,000 in the United Kingdom.
The publication also contains data on the often little-known economic and social importance of the European subnational public sector, which includes federated states, regions, local governments and their public satellites. It is thus interesting to note that this sector represented more than €2,000 billion of expenditure in 2009, i.e. 33.8% of the EU's public expenditure, and that it plays a key part in education and social work (40% of expenditure).
However, the subnational public sector is most active in the area of public investment, as it represents 65% of all of the EU's public investments. These investments draw near to or even exceed 70% in Europe's three federal states (Germany, Belgium and Austria), as well as in Italy, Spain, Ireland and France. That is why this decentralised public sector has often been a front-liner when it comes to the implementation of national and European economic stimulus packages since 2009.
The 2010-2011 edition of the Key Figures on Local and Regional Europe is available in Dutch, English, French and Italian. Printed copies are available upon request, from CEMR or from Dexia. An electronic version can also be downloaded on CEMR's website as well as on those of the Dexia Group's entities based in France, Belgium and Italy (according to the linguistic versions).
Press release in pdf format: Dutch, English, French, Italian.