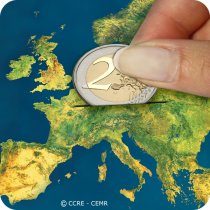 Economic and financial crisis: impact on towns and regions worse than thought!

Contrary to statements by EU and international institutions that 2010 will see an economic and financial improvement, Europe's local and regional authorities fear that 2010 will be as difficult as 2009 or even worse.
This is the main finding of CEMR's second survey on the impact of the crisis on Europe's towns and regions. The survey was compiled from the data provided by 32 national associations of local and regional government members of the Council of European Municipalities and Regions.
According to the survey, 76% of local and regional authorities feel that the situation has worsened over the last 6-9 months whereas only 6 % perceive a slight improvement (in Portugal, Sweden and Wallonia). When asked about the prospects for 2010, only Cyprus, Norway, Portugal and Sweden, amounting to 6% of the population covered by the survey express optimism, whereas 44% are pessimistic for 2010 and 50% do not foresee any change.
The findings concerning access to investment resources make equally grim reading. Respondents representing 90% of the population covered state that access to borrowing for investment has worsened or not improved since CEMR's first survey in April 2009. Given the crucial role of public borrowing for sustaining economic development and infrastructure investments, this might result in a long-term local development slowdown for a large proportion of Europe's population.
Local and regional governments also find themselves caught between decreasing budget income and increased demand for expenditure. In 63% of the countries own-source tax revenues have decreased and so have government transfers and grants (56%), while expenditure has increased or remained the same for Europe's local and regional authorities representing 75% of the covered population.
Most associations do not anticipate their members to adopt increased 2010 budgets: 65% anticipate a reduced budget or zero growth. Only 18 % believe that their 2010 budget will be increased above inflation rate. The most optimistic local and regional authorities are in Albania, Greece, Portugal, Slovakia, Denmark and Norway.
Local and regional authorities in countries covering 49% of Europe's population, have faced an increased demand for public services. In all, 80 % of the population covered live in towns or regions that have had to adapt the volume and range of public services provided. Higher demand is concentrated around social services, such as social and welfare allowances, housing support, support for unemployed and homeless persons, financial or debt advisory services, mental health services...
The overarching trend, visible throughout the whole survey, leads to an inescapable conclusion: the economic and financial crisis will not spare Europe's public sector in 2010, says CEMR secretary general Jeremy Smith. Even if and when the economy picks up to some extent, the extent of public sector debt and continuing unemployment in many places, will place acute pressure on Europe's local and regional governments.
Background and methodology
In August 2009 CEMR sent a questionnaire to its 52 member associations in 37 countries; 32 associations replied (1). The questionnaire addressed a range of issue such as: perception of the impact on Europe's towns, cities and regions, their expectations for the 2010 budgets, access to credit, the impact of the crisis on the provision of public services etc. The survey provides both the percentages of national associations' responses, and those percentages weighted according to the population of their country. It also includes charts to compare the percentages of various answers and maps showing the geographical spread of the responses.
The survey also includes examples of the effect of the crisis on a number of local authorities from various countries and what steps some of them have taken to react to the crisis.
CEMR's first survey on the impact of the crisis was released in April 2009; it was also based on the responses of its members to a questionnaire.
(1) Countries covered by the survey: Albania, Austria, Belgium, Bulgaria, Croatia, Cyprus, Czech Republic, Denmark, Estonia, Finland, France, Germany, Greece, Iceland, Latvia, Lithuania, Luxembourg, FYR Macedonia, Netherlands, Norway, Portugal, Slovakia, Slovenia, Spain, Sweden, Switzerland, Ukraine and the United Kingdom