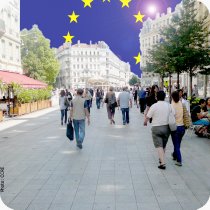 The Council of European Municipalities and Regions' working group on cohesion and territorial policy will meet in Ajaccio (France) on 16-17 October 2008. One of the key issues will be the future of the EU Cohesion Policy in the wake of the presentation of the EU Commission's Green Paper on territorial cohesion.


First, CEMR believes that the EU Commission should put more emphasis on the impact of EU policies on territories. European legislation and policies do not operate in a vacuum; territorial cohesion must be apprehended in a holistic way taking into account the territorial aspects - for example - the impact of internal market rules on the territory.

The Green Paper refers to access to services as an essential way to avoid rural depopulation. Furthermore, cooperation between neighbouring local authorities is one of the proposals put forward in the Green Paper to ensure access to services of general economic interest. CEMR shares this view fully, adds Jeremy Smith, however, we wish the different departments in the European Commission and DG Internal Market in particular, to be consistent. A narrow interpretation of internal market rules makes it sometimes very difficult for local authorities to organise inter-communal cooperation.

Our second point will be to reiterate that cohesion policy should use a wider set of criteria for the allocation of EU funding; measuring the level of 'regional well-being" should be one of these criteria. This can be done by combining a number of factors such as quality of employment, decentralisation, quality of transport as well as socio-cultural factors.


The Ajaccio meeting is organised in cooperation with CEMR's French member association, AFCCRE. A representative of the French government will take the floor to present the priorities of the EU presidency on cohesion and territorial policy. Other points on the agenda include a discussion on the future of the EU rural development policy and a debate on the implementation of the EU Territorial Agenda and the Leipzig Charter.