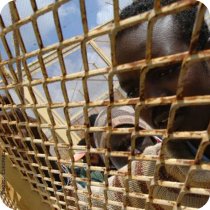 The four main European associations of local and regional government* are deeply concerned about the impact a reduction in the European Union budget would have on the future of cohesion policy.  They therefore call on national governments to maintain the cohesion budget at €339 billion, as proposed by the European Commission in July 2012.

This call comes ahead of the European summit to be held on 22 and 23 November 2012 in Brussels, where the heads of state and government will decide on the EU budget for 2014 to 2020 (multi-annual financial framework).  A common message** stating the same was also delivered to the regional policy ministers from the 27 member states during their meeting held on 6 November 2012 in Nicosia, Cyprus.

Under no circumstances should a potential reduction of the upcoming financial framework have a disproportionate impact on the future cohesion policy, which is one of the EU policies with the highest evidence of added value.  The European Union should send a clear message to our citizens that it cares about getting Europe out of the crisis by investing in job creation and growth.

The four associations ask that the heads of state and government keep in mind that the European cohesion policy – and more specifically EU structural funds – contribute significantly to the economic, social and territorial development of cities and local and regional authorities.  Indeed, according to Janusz Lewandowski, EU budget and financial programming commissioner, one euro spent at EU level can generate up to €14 on the ground, thus creating a leverage to stimulate growth and development.  Without the sound financial support of structural funds, the objectives of the Europe 2020 strategy will not be achieved.

* The Council of European Municipalities and Regions (CEMR), the Conference of Peripheral and Maritime Regions (CPMR), EUROCITIES and the Assembly of European Regions (AER).

** The common message was delivered on behalf of the four associations by Carola Gunnarsson, chair of the CEMR thematic platform on sustainable territorial and local development and vice-president of the Swedish Association of Local Authorities and Regions.