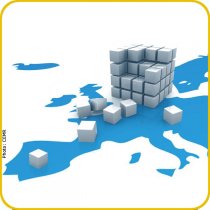 At the occasion of a seminar on “Local development as a key pillar of post-2013 EU integrated territorial policies”, local and regional authorities expressed their hope to see that all cohesion-related EU funds be integrated so as to truly focus on the development of all of Europe's territories.

For the first time since the draft regulations were tabled on 6 October 2011, local and regional elected representatives, members of European Parliament and representatives from the European Commission and Polish EU presidency exchanged views on the potential of local development, as outlined in the new EU regional and rural development proposals. Also debated was the potential place of integrated local development policies in the post-2013 EU programmes.

Piotr Zuber, the Polish EU presidency representative, declared that the current EU presidency views the European Commission's proposals on integrated local development as a crucial feature of the proposed regulations. He also indicated the presidency's wish for member states to reach a common understanding as to what local development should look like, particularly when striking a balance between the territorial and local approach and the Europe 2020 and thematic approaches.

Deputy-director general of the Directorate General for regional policy (REGIO), Nicholas Martyn, stated that the Commission is working towards the harmonisation of rules for all relevant funds so that these can be delivered in an integrated way via local development programmes. He also highlighted that the coming months will be used to further clarify the concepts and how they can be delivered.

Jan Olbrycht, president of the European Parliament URBAN Intergroup and rapporteur on the new regional development regulations, while pleased to see the progress made on the issue of local development, would like to see a certain number of technical details further clarified. "Today's meeting has provided most of us with a first opportunity to discuss the new proposals with different actors in presence of the European Commission and EU presidency. I am happy that the URBAN Intergroup can contribute to the debate on this very important element of the new regulations".

Carola Gunnarsson, CEMR spokesperson on cohesion, stated that “CEMR is pleased that the new regulations recognise the local development approach as a horizontal concept and that they include EU support for the urban agenda, rural areas, urban-rural links and functional areas.”

Cllr Tudor Pendiuc, president of the Association of Romanian Municipalities, said: “The inclusion of provisions on community-led development in the Commission's regulations is a step in the right direction. Indeed, it incentivises a more territorial and integrated approach as it addresses problems and development potential at the appropriate level, allowing for the implementation of projects in geographical areas that go beyond administrative boundaries.”

Ramona Manescu, member of European Parliament and shadow rapporteur on the new cohesion regulations, expressed her wish to ensure that the regulations' proposals are further developed during the negotiations. She also stated that local development can also help to render audit procedures of the relative funds more uniform, which can be a big challenge for local authorities given their limited capacity in dealing with several procedures at a time.

Cllr Corrie McChord, vice-president of the Convention of Scottish Local Authorities, highlighted that "that when local communities and local partnerships are empowered to deliver mutually agreed outcomes with the national or EU level, we have noticed that this results in a real impact being made on the ground. Local Community Planning Partnerships are tried, tested and true models that deliver truly concrete results when priorities have been set from the bottom-up rather than merely imposed from the top-down".

Lambert Van Nilstenrooij, member of European Parliament and rapporteur on the general regulation for regional, social and rural development funds, declared that partnership contracts and local development are crucial instruments when it comes to making EU funds more relevant and ensuring that their impact is more clearly felt on the ground, while addressing the broader Europe 2020 objectives. The key will be to ensure that the rest the whole of the European Parliament's committees support this principle and that additional clarifications are obtained so that member states can also support this in the Council of Ministers.

CEMR, AMR and COSLA, together with the rest of national associations of local and regional authorities, will continue engaging with the European Parliament, the European Commission and the upcoming Danish presidency to ensure that the local development provisions are maintained in the new common structural and cohesion fund regulations.