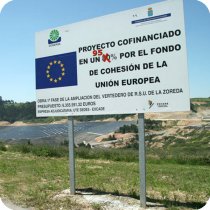 The Council of European Municipalities and Regions (CEMR) calls on the European Commission to introduce greater flexibility in the rules governing the use and distribution of EU structural funds for countries particularly hard-hit by the crisis.

This call was issued end of March 2012 in a declaration by CEMR’s Executive Bureau, which met in Copenhagen, Denmark, following the welcomed adoption in December 2011 of a 95% increase in the co-financing rate for structural funds for countries with financial difficulties.

Moreover, CEMR warns that rapid and hasty measures taken across Europe to face the crisis, which tend toward greater bureaucratic centralisation, are the last thing Europe needs to exit the crisis. Indeed, while local and regional elected representatives find themselves on the front-line with citizens looking to them for answers and support in these difficult times, Europe needs more local democracy, local responsibility and local financial autonomy.

CEMR also calls on municipalities and regions to demonstrate their solidarity with the people of countries faced with unprecedented economic and social hardship and austerity measures, such as the citizens of Greece.  In this regard, CEMR notably suggests the strengthening or establishing of partnerships of town twinning links with municipalities and regions of these hard-hit countries as a tool to promote dialogue, common understanding and cooperation.