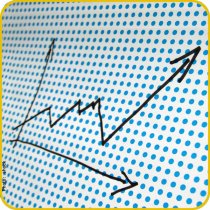 The Conference of Peripheral Maritime Regions (CPMR), the Assembly of European Regions (AER) and the Council of European Municipalities and Regions (CEMR) call for an agreement on the financial framework before the end of the year and support an ambitious budget in order to create real economic growth in Europe.

This call was issued in the framework of a meeting on the post-2013 EU cohesion policy organised by the European Parliament Committee on regional development (REGI) with representatives of the major European local and regional organisations, which took place on 8 May 2012.

The event was chaired by Danuta Hübner, president of the REGI Committee, and focused on the 2014-2020 cohesion policy legislative package put forward by the European Commission last year and to be adopted by the REGI Committee in July 2012.

The positions of the major local and regional organisations are remarkably close to those of the European Parliament, particularly on key issues such as partnership arrangements, thematic concentration, ex ante conditionality, the simplification of procedures and the territorial dimension and cooperation.

“The European Commission has proposed to link the Common Strategic Framework (CSF) to the new EU economic governance, which means linking the cohesion policy to the country specific recommendations issued annually. It seems to me that this would constitute an additional layer of conditionality and goes against the very principles of partnership and multi-level governance, since decisions would be taken at Member States level with no involvement of regions and their managing authorities. It would also severely put into question pluriannual programming, which is one of the fundamentals of Cohesion Policy.” - Jean-Yves Le Drian, President of the Conference of Peripheral Maritime Regions (CPMR) and President of Brittany (FR)

"We fully concur with the principle of concentrating European funds on a reduced number of themes linked to the Europe 2020 Strategy. Already today, many regions focus on a limited number of political priorities. We do however insist on the need of making decisions on these priorities in close cooperation with the beneficiary regions. It is essential to implement bottom-up actions, so as to ensure that the themes fully match the regions’ needs and the potential of their territories. They should not, in any case, be imposed by Europe or by the Member States." - Michèle Sabban, President of the Assembly of European Regions (AER) and Vice-President of Ile-de-France (FR)

“We wish to see local and regional authorities treated as partners of the Member states, and not as stakeholders. The Council of European Municipalities and Regions (CEMR) calls for the full involvement of local and regional governments in the preparation of the partnership contracts and are very pleased to see that the rapporteurs have tabled amendments to the European Commission’s draft regulation that reflect our view to a large extent.” - Carola Gunnarsson, CEMR rapporteur on territorial and cohesion policy and first Vice-President of the Swedish Association of Local Authorities (SE)