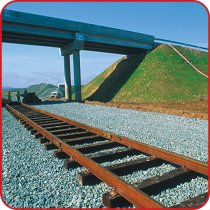 More particularly, CEMR's demand that competent local and regional authorities be able to establish a partnership with their national government instead of being considered as mere stakeholders, has been included in the agreement.  The code of good practice, which aims at helping national, regional and local authorities form these partnerships, was also approved by member states.  We are aware that this was a difficult issue for the Council of the EU and appreciate the spirit of compromise expressed by the representatives of member states on this question.

In the past few years, CEMR and its national member associations have been advocating the use of European structural funds to meet local and regional needs and ensure the full involvement of municipalities and regions in the design, implementation, monitoring and evaluation of cohesion-related programmes.

The structural funds will amount to over €400 billion in the 2014-2020 period—an important sum in these times of austerity, especially when considering that the European structural funds are one of the few public resources that stimulate growth all across Europe.

Moreover, we particularly welcome the recognition of CEMR and its national member associations in the agreement, which clearly underlines the value of umbrella organisations of local and regional authorities in organising partnership negotiations with national governments.

There is still work to do, especially with the European Council coming together on 6 and 7 February 2013 to discuss the multi-annual financial framework.  CEMR thus renews its call on heads of state and government to agree on an EU budget equal to Europe's ambitions and strong enough to support local and regional economic, social and territorial development.

In the meantime, CEMR and its member associations are ready to work with the European Commission on finalising the code of good practices.  It would also like to provide its expertise in order to develop a set of guidelines on the management of structural funds by local and regional authorities via the new instruments made available by the European Commission, including community-led local development, integrated territorial investments and joint action plans.